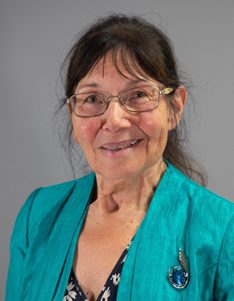 Dr Cheryle Berry MBE has spent a lifetime working in education, both on the front line in teaching and management positions, and also as Director of Education in two different authorities. She often travels to India to work with housemothers and older children. She is passionate about health and wellbeing and has key roles in both St John’s Ambulance and the Carers Federation. She even set up the Community Save a Life scheme and worked with the Virtual College to develop Online Basic Lifesaving Skills Course https://www.virtual-college.co.uk/prepared

In her spare time, she has raised many thousands of pounds by competing in marathons around the world, including an extraordinarily successful garden marathon during the pandemic.

It was a chance encounter that led to her appreciating the unseen effects of hearing loss and just how many people are unwittingly disadvantaged in group situations simply because they don’t hear so well. In her own inimitable way, she declared that “We have to do something about this!” and Hearing Ambassadors was born.

Indeed, we are honoured to have founder member, Cheryle as Chair of Trustees. 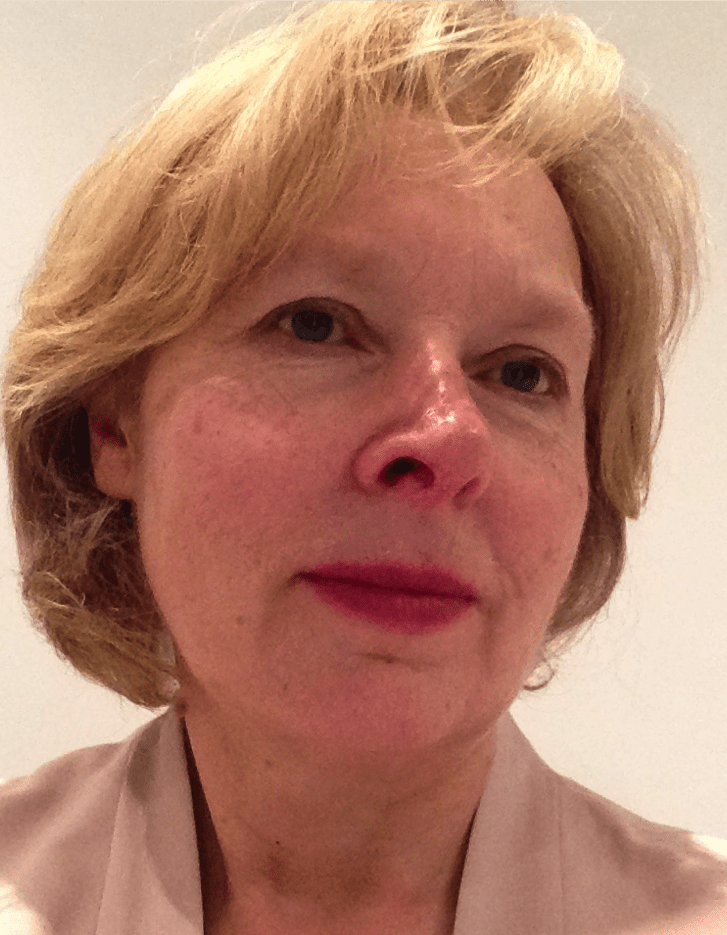 I really didn’t give my hearing a second thought. I didn’t need to. It’s just something you doesn’t it? That was 8 years ago.

My husband’s unexpected ear infection completely changed my views on what it means to be able to hear well and what happens to you when you start to lose your hearing.

After his illness, I became aware that friends and colleagues were starting to ignore him, not through unkindness but because they just found it terribly difficult to cope with his deafness.   They got frustrated having to repeat things all the time and found it easier to talk to someone else.

Now, I understand that even in a joyous crowd, a person can drift into isolation and loneliness following the onset of hearing loss.

It was a chance encounter that led to the formation of Hearing Ambassadors and many other such chance encounters have helped us grow into what we are today, a charity which aims to explain that with a little bit of thoughtfulness we can make our world a better place for everyone to hear. 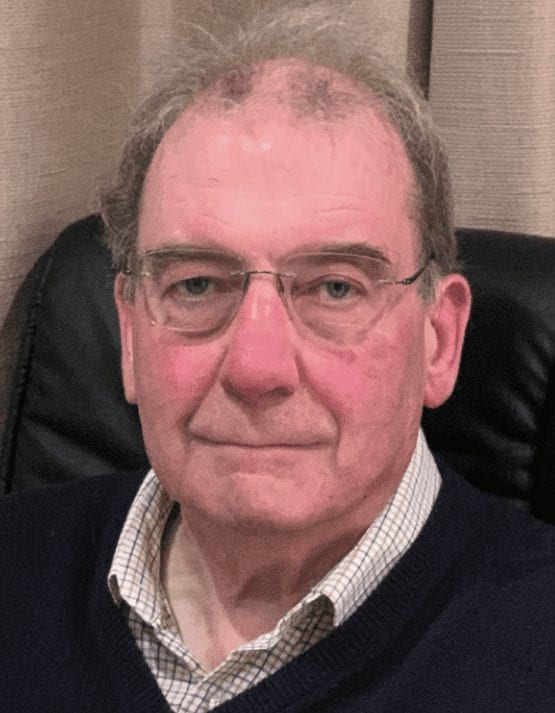 My hearing loss came on suddenly overnight some eight years ago, and like many others who are hard of hearing, I try to avoid large meetings, not because I don’t have a contribution to make, but because I simply can’t hear, which is immensely frustrating. Take a fast-moving meeting in a poorly lit room with a tiled floor and the incessant hum of an air conditioning unit, and it’s a recipe for disaster.

As an engineer, I was quite familiar with researching solutions to problems and I threw myself into the task of seeking help for my deafness, but I quickly found that the provision for people who have acquired deafness later in life is very patchy.

Inspired by the can-do attitude of my family and encouraged by friends and colleagues, I decided to turn my disability into a force for good. Armed with the knowledge that 42% of the over 50s are affected by some form of hearing loss, with my wife Gillian I started to look into strategies that could be used to the benefit of all, regardless of hearing ability. Hearing Ambassadors became a registered charity in December 2019 which, through its Steering Group and Board of Trustees, aims to promote better awareness of how people and organisations can embrace hearing well in everything they do. 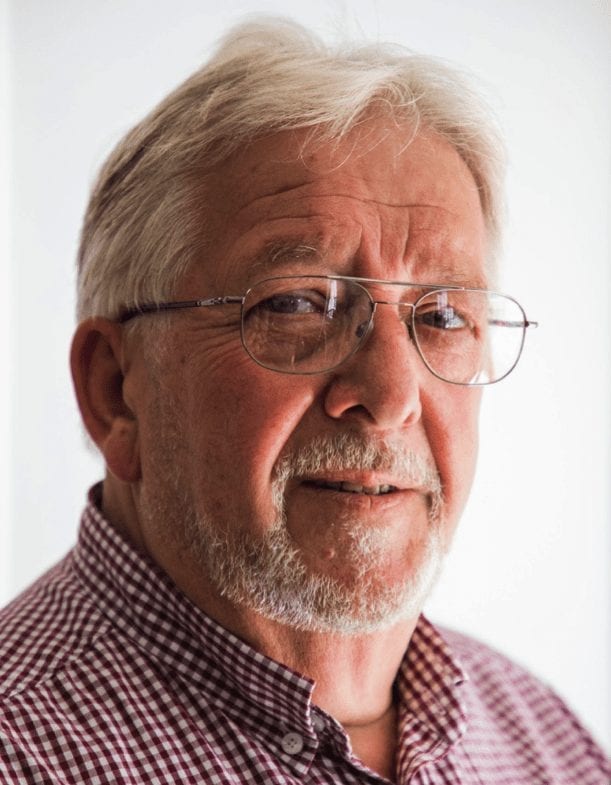 I found out my hearing had problems when having to ask continuously to have things repeated. Through life, shooting and driving very long distances with loud road noise had also caused tinnitus, which had become quite a problem.

Whilst serving as a Town Councillor, which included a year as Mayor, I discovered Rotary and became an active member. It was through Rotary that I met Gill and Andrew and joined them in setting up Hearing Ambassadors Charity. My business is photography and videography which has been beneficial to the fledgling Charity in numerous ways.

I look forward to seeing this awareness charity making a difference to the way those with hearing difficulties are accepted and treated in general life situations. 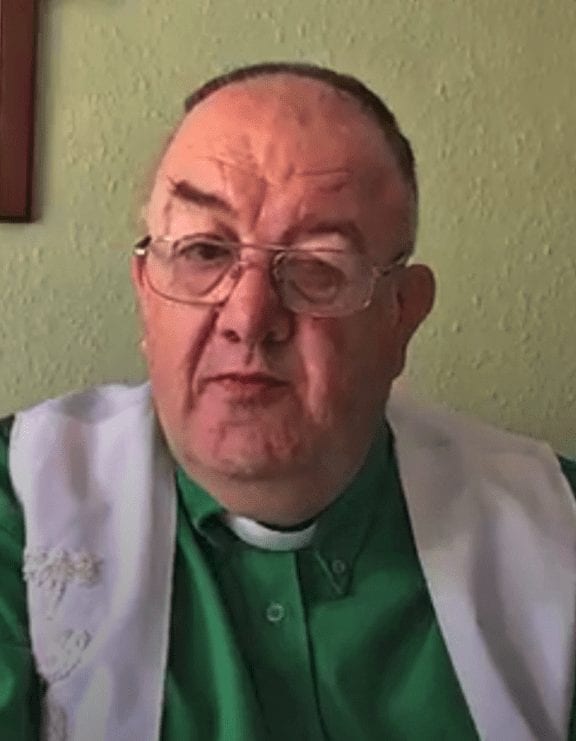 I was born with hearing loss and endured considerable bullying at school because of it. Left and right myringoplasty operations in my early teens meant I could do away with the hearing aids for a while but as age has increased and with the nature of my work meaning I have to listen a lot, the aids have become a necessity. I’ve worn them again now regularly since about 2000 and within the last 10 years have increasingly at the point where without them, I have total silence. This has necessitated the application for a hearing dog which sadly is on hold because of the Covid crisis.

For all of these reasons and understanding the difficulties others have in communicating with myself I simply wanted to be of assistance. 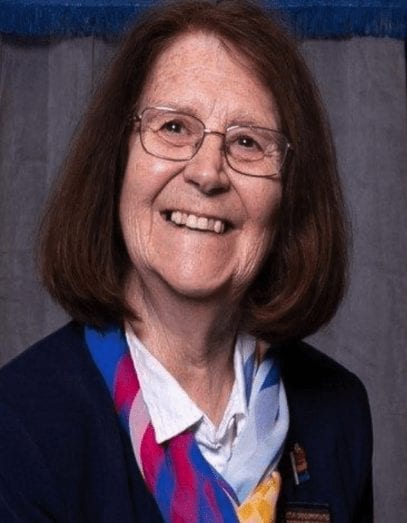 Dr Jill Bethell MBE is a retired GP. She has spent many years in the north east midlands. She is a guiding light in her local area, having set up numerous local support groups. With her husband Tony, she was appointed an MBE for services to her local community.  She continues to work tirelessly in the community and is part of the driving force behind the CSALs (Community Save a Life) scheme which offers free online courses in first aid with the Virtual College. Visit the Save a Life scheme here.

Jill became a founder member of Hearing Ambassadors in November 2017.

I lost hearing in my left ear totally overnight. I have about 50% hearing in my right ear. Because of this I experience real difficulty hearing in both social and formal meetings. 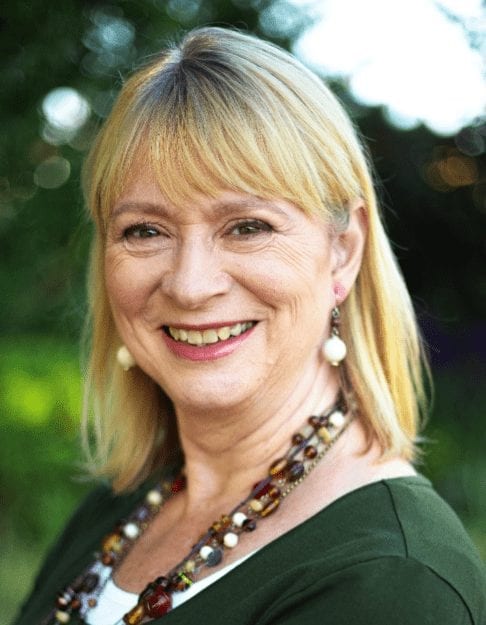 My interest in hearing began when I did some research on lipreading many years ago. This led to working with the charity Hearing Link for 30 years, during which time I got to know hundreds of people whose futures were completely changed when they lost their hearing. Again and again, I was awed by the resilience many showed in rebuilding their lives – and not only them, but their families too.

I also learned that although we have incredible hearing technologies today, it’s people’s attitudes and behaviour that make the difference between someone remaining on the sidelines or joining in fully during family gatherings, group discussions, social meetings, and community life in general.

That’s why I’m so committed to Hearing Ambassadors. I embrace the aim to equip everyone with the awareness and knowledge necessary to ensure that no one is left out in meetings (or indeed stops attending altogether) simply because they can no longer hear the way they used to. 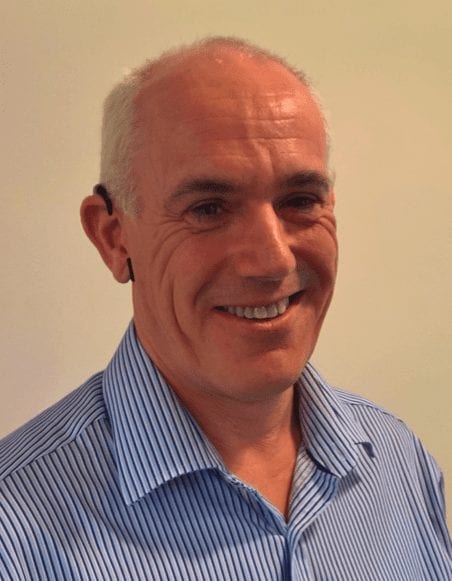 50 years of perfect hearing then, in 2016, became completely deaf in less than 7-days!

A frightening and life-changing event – not just for me – but for all around me; my daughters, family, friends, and work colleagues alike. Thankfully, a cochlear implant has brought me back into the land of sound, to which I am eternally grateful for all the NHS staff involved at the time.

Losing my hearing and the struggles I have faced were instrumental to me going self-employed to utilise my technical skill sets to help companies improve their products, to become more inclusive and accessible for compliance with the Equality Act. Then working with individuals helping improve their employability and independence both at home and at work. Which all nicely dovetails culminating in a win-win situation for all.

I was introduced to Gill and Andrew who were in the process of setting up their Hearing Ambassadors charity and was so impressed by their passion and belief for their vision and goals that I just had to get involved.

Working with Hearing Ambassadors is so rewarding in helping them raise awareness, reaching out to others with hearing loss and bringing them closer to families and friends. 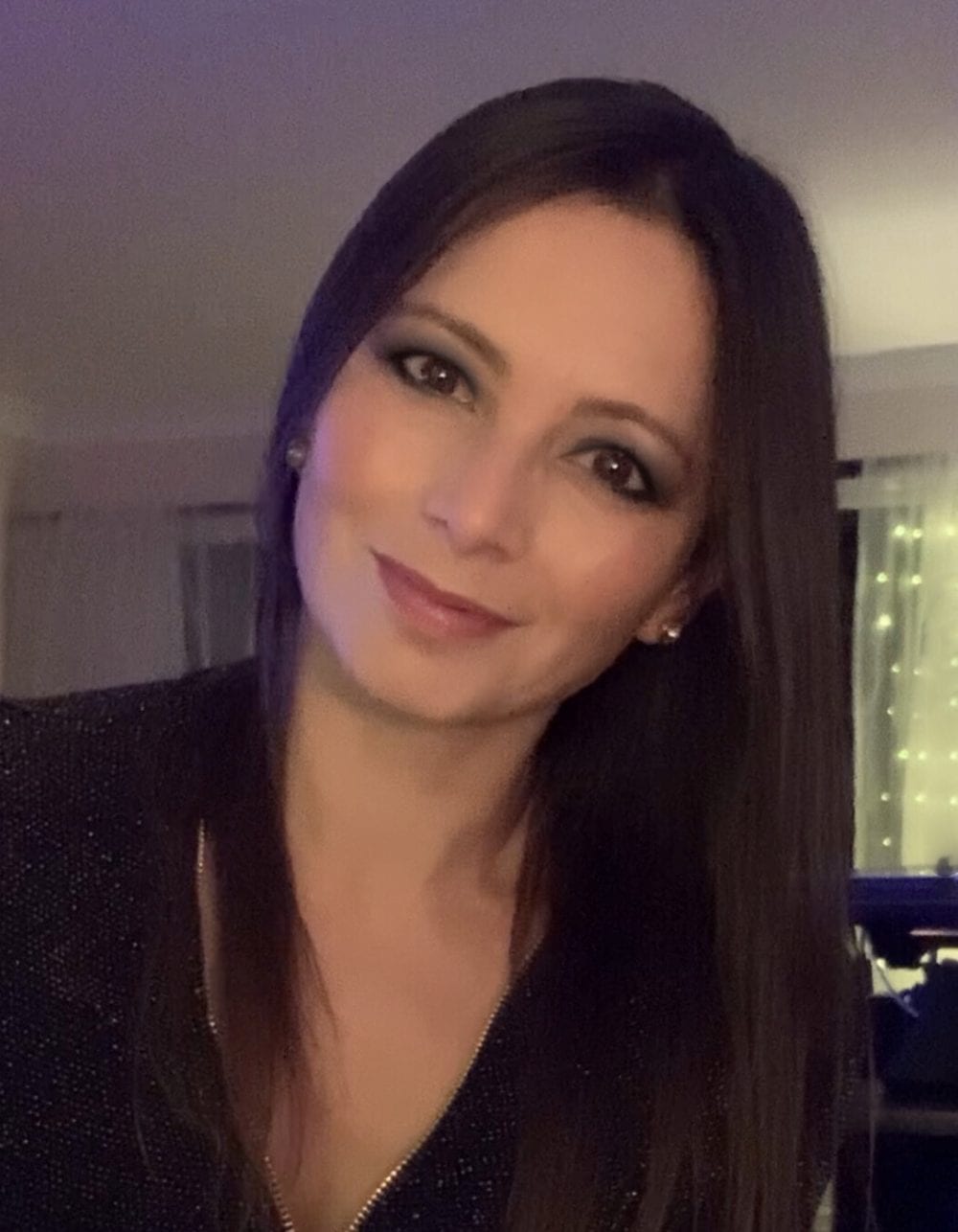 My interest in hearing matters pretty much runs in my family! All three of my sisters are in the Audiology field in the UK and Ireland. I have personally helped to set up two hearing clinics in Dublin, and still remember the basic sign language that I learned in my 20s to help my deaf friends! As a musician, my interest in hearing also has a bearing on my general outlook!

I first came across Hearing Ambassadors at a Rotary conference when I spotted their stand and gravitated towards it out of curiosity. I was delighted to be contacted some time later to help them to create their online presence.

My interest in Hearing Ambassadors, however, goes way beyond simply creating a website for them. The subject is of deep interest to me as a connector of people and is something that I feel we all need to know and understand more about. 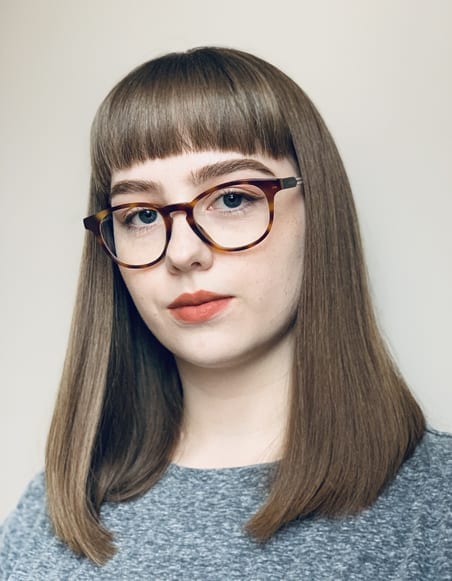 Being invited to a Rotary event was the first time I was introduced to Gill and Andrew. Their talk about the difficulties people with hearing loss experience during social events and large meetings particularly resonated with me, and I learned some very valuable ways to help others in such situations.

This sparked my involvement with them in a professional way as a Photographer and Videographer, and has enabled us to create awareness and understanding of the difficulties others face. Having family members and a business partner who have some hearing loss and tinnitus has inspired me further to become a regular contributor to this charity.

After realising some preventable damage occurs during youth, and occasionally experiencing mild tinnitus myself, I aim to help Hearing Ambassadors promote ways in which young people can protect their hearing for later life through their new initiative Sound Warriors.